About Us
|
Our Staff
|
News and Events
|
Testimonials
|
Contact Us

In this difficult time, let our family help yours. Learn more about who we are and what we do in the bios below. Our staff is comprised of dedicated and licensed professionals with the experience to answer all your questions regarding our services.

Please feel free to contact any of our staff members at any time. 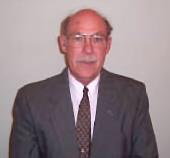 Thomas Earl "Tim" Roberts, graduated from Logan High School in 1964, attended Ohio University in Lancaster and Athens, Ohio, and majored in business.  He then went on to Cincinnati College of Mortuary Science and graduated in the fall of 1967 and received his license to practice mortuary science in the State of Ohio.

Tim's family is one of the early pioneer families of Logan, having arrived here in the 1800's.  He and his late wife, Marjorie, have three children; Aimee Fitch, Trent Roberts and Kerri Metts, and have eight grandchildren; Noel and Emma Corby, Ava and Sabrina Fitch, Declan and Grayson Metts, Oliver and Otto Roberts. 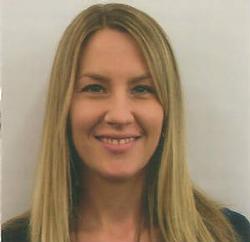 Kerri Metts graduated from Logan High School in 2000.  Following high school, she attended Hocking College in Nelsonville, Ohio and San Diego City College in San Diego, California where she received a degree in Nursing.  Since 2007, she has worked as a Registered Nurse for UCLA in Santa Monica, California, The Ohio State Wexner Medical Center and James Cancer Hospital in Columbus, Ohio and Mount Carmel East Hospital in Columbus, Ohio.  In 2011, she graduated from the Cincinnati College of Mortuary Science earning a Bachelor's Degree in Mortuary Science.  She has been a Licensed Funeral Director for the state of Ohio since 2013.

Kerri is the daughter of Tim Roberts, owner and operator of Roberts Funeral Home.  She is married to Derek Metts of Logan, Ohio and has twin boys, Declan and Grayson Metts.

Joshua N. Martin, a lifelong resident of Logan, graduated from Logan High School in 1994.  Following high school, he attended Hocking College in Nelsonville, Ohio earning an Associates Degree in Business Management.  After college, he continued as the Store Manager at Dairy Queen in Logan until August of 2013, when he began working toward his Bachelor's of Mortuary Science Degree at the Cincinnati College of Mortuary Science.  Following graduation, he started his career at Roberts Funeral Home in Logan, Ohio.

Josh resides in Logan with his wife Emily and their six children, Connor, Abram, Joe, Lydia, Simon and Gabrielle.

You are welcome to call us any time of the day, any day of the week, for immediate assistance. Or, visit our funeral home in person at your convenience.

About Us
Our Staff
News and Events
Testimonials
Contact Us